Are you ready for Infrastructure Week!!!!!!

Aloha everyone,
We know there’s been so much news about Infrastructure Week that you probably haven’t been following much else. ICYMI…A leaked NSA document revealed that Russian Military Intelligence breached the accounts of a voting software supplier and used their email profiles to send “spear-phishing” emails to more than a hundred local election officials.In other news… the Senate Intelligence Committee has released James Comey’s detailed descriptions of all his “very awkward” one-on-one conversations with President Trump. Here is one expert’s analysis and here is an excerpt from the document (to set the scene, picture Comey and Trump eating dinner while sitting across from one another at a small oval table placed in the center of the White House Green Room):”A few moments later, the President said, ‘I need loyalty, I expect loyalty.’ I didn’t move, speak, or change my facial expression in any way during the awkward silence that followed. We simply looked at each other in silence.”

ABC, NBC, and CBS will all be airing Comey’s testimony live tomorrow at 4 a.m. HST.

Finally, on Tuesday Hawaii became the first state to formally commit to the Paris Climate Accords. Our legislature passed the bill, and our governor signed it in the presence of Kauai’s Mayor Carvalho. (If you’d like to get more involved with local climate activism, Indivisible has a handy new guide: Trump Against the Planet: Defending the Climate with Local Action.)

And now back to infrastructure…

Ask Tulsi to support a real jobs and infrastructure bill by co-sponsoring H.CON.RES. 63. Instead of investing in projects to rebuild public infrastructure, President Trump’s plan will sell off America’s roads and bridges to Wall Street billionaires, political cronies, and even foreign governments—allowing them to double tolls, create new fees, and put billions of our dollars in their pockets. Few Democrats have staked out a position yet, so our first task is to ask them to endorse the principles that divide a good bill from a bad one. House Democrats have just introduced House Concurrent Resolution 63, which lays out what does belong in an infrastructure bill and what definitely does not. Ask Tulsi to join her colleague Colleen Hanabusa and become a co-sponsor!

Sample Script
Aloha! My name is _________ and I’m calling from _____________. President Trump is trying to pass of a massive sell-off and privatization plan as real infrastructure reform, when what we need is public investment to create jobs. Will she cosponsor House Concurrent Resolution 63, supporting efforts to enact a jobs and infrastructure package that benefits all Americans, not just billionaires? Mahalo!

Action 2.
Ask Brian and Mazie to reject the Regulatory Accountability Act of 2017 (RAA)–”The Worst Bill You’ve Never Heard Of”– which guts protections for our environment, safety, and health. This is something we asked you all to do a few weeks ago, but this “bipartisan” bill is headed for a full vote in the Senate, so we’re asking again. The point of the bill is to make it exponentially harder for federal agencies to put consumer protections in place – anything from asbestos regulation, to commonsense environmental protections, to safeguards against financial fraud against the elderly and financially illiterate. Corporate lobbyists have been spending heavily to get this bill signed into law – they’ve hooked Democrat Heidi Heitkamp (ND) to co-sponsor it in the Senate, and we need to push back and make stopping this a priority.
Sen. Brian Schatz – (808) 523-2061 / (202) 224-3934
Sen. Mazie Hirono – (808) 522-8970 / (202) 224-6361Sample Script
Aloha! My name is ____________ and I live in _____________ . I urge Senator Schatz/Hirono to oppose and denounce the Regulatory Accountability Act – it is truly the License to Kill Bill. This legislation will do real harm to people’s lives and livelihoods all across the country; it benefits a handful of corporations at the expense of millions of Americans. We cannot make it harder to stop the spread of asbestos, of predatory financial practices, and dumping of hazardous waste into our drinking water.

Help Democrats notch a win in Georgia. John Ossoff and Karen Handel are in a “dead heat” heading into their June 20 election in a red district. Early voting has already begun. You can still sign up here help get out the vote on June 13 or June 20. And we’re still looking for someone to step up and host a Swing Left “Call Your Ossoff” house party. If you want to do it, let us know and we’ll put the word out for you! 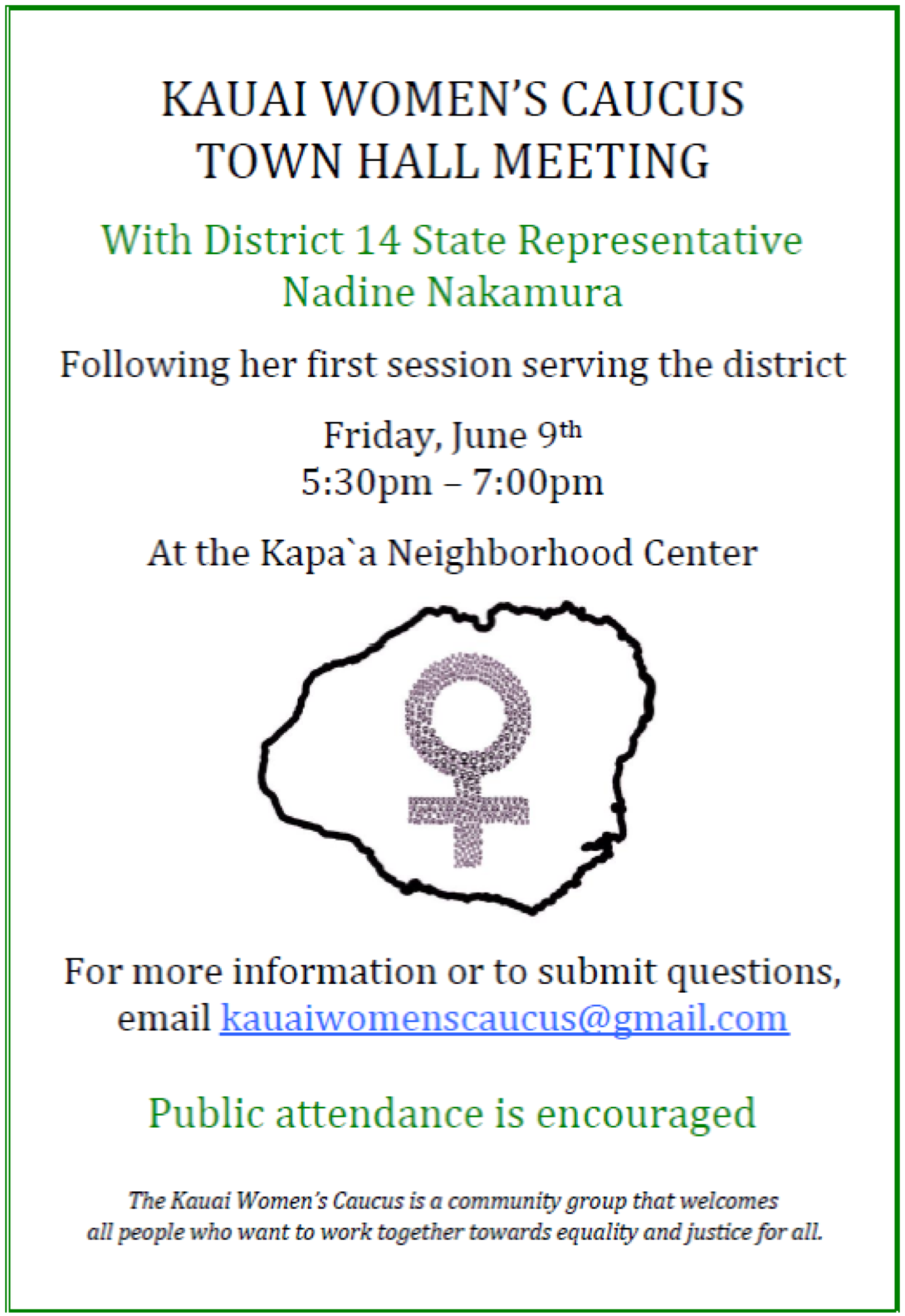